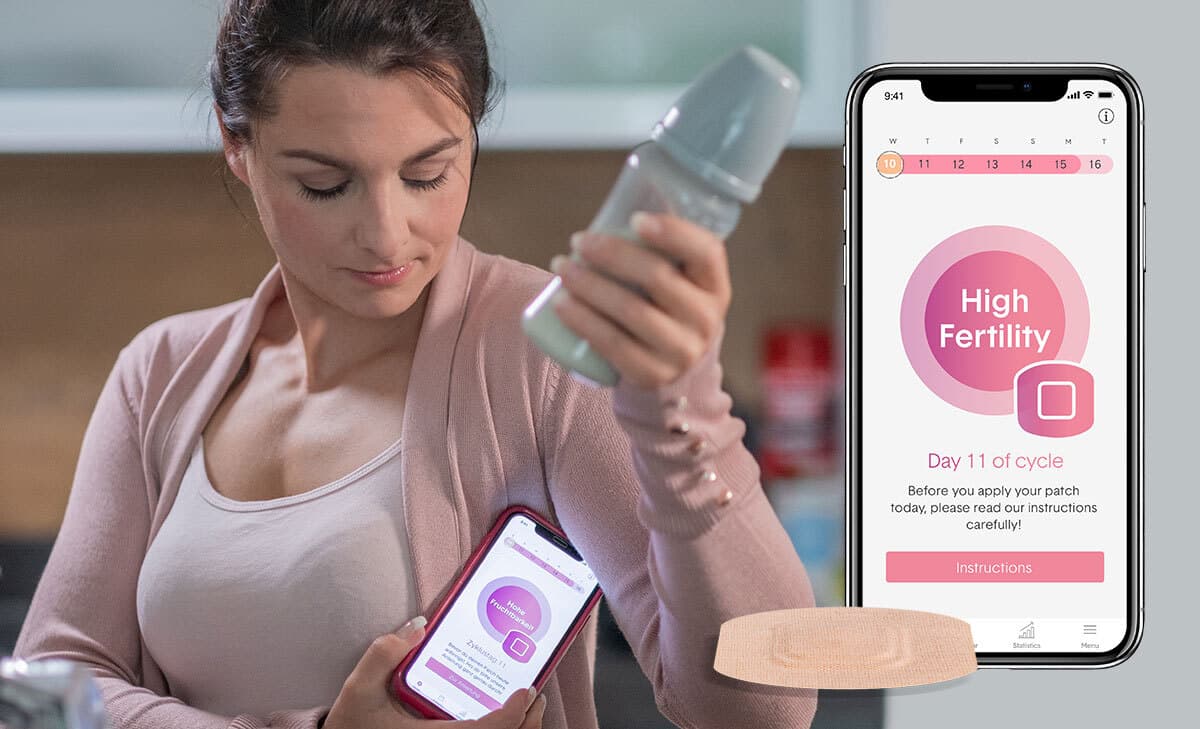 There are some seriously crazy myths about women’s bodies and fertility. The female cycle is still a mystery to many people, causing them to come up with the most bizarre theories to explain it. We looked at some of the most common fertility myths so that we can tell you which are true and which you can safely ignore.

1. You can get pregnant at any stage during your cycle

Most of us have probably been warned “be careful, you can get pregnant anytime you have sex! “ Well, that’s just not true. Your fertile window is actually much shorter that you might think. Each menstrual cycle an egg develops inside a follicle until ovulation when the follicle bursts, releasing the egg. The egg then travels from the ovaries, down the fallopian tube towards the womb. From the moment of ovulation this egg is fertile and stays fertile for 12 to 24 hours. If there are sperm waiting in the vagina or uterus the egg can be fertilized very quickly – sperm are fertile for up to 72 hours after ejaculation – or it can be fertilized with “fresh“ sperm which arrive within the 24 hours that the egg is fertile and waiting.

2. Ovulation is always exactly in the middle of your cycle – on day 14

What is a normal cycle length? 26 days? 34 days? The simple answer is that both are normal, or rather there is no “normal“. Only about 13 percent of women have a cycle that lasts the 28 days we are led to believe is normal. That also means that for most women ovulation does not take place on day 14. Researchers have examined the cycle records of more than 100,000 women and compared how long each cycle phase lasts. The phase before ovulation is called the follicular phase and after ovulation is the luteal phase. It was found that the average follicular phase lasts 16.9 days and the average luteal phase lasts 12.4 days. This means that the time before ovulation is longer than the time after ovulation for most women.

The follicular phase can vary in duration, but the luteal phase is always about the same length. Tracking your cycle helps you to identify the different cycle phases and after a few months you will have a better idea of how long your individual phases are. The femSense app can be used as a fertility tracker and to keep a record of various different cycle related details you notice each month.

3. You can’t get pregnant when you are breastfeeding

If you bottle feed your baby, or combine bottle feeding with breastfeeding, your first period could start as soon as 5 to 6 weeks after you give birth. Once your period has started again you are ovulating and can get pregnant. Women who breastfeed regularly for a long time may find that their cycle takes longer to start again. This is because prolactin, a hormone secreted during breastfeeding, prevents ovulation.

What you really need to be careful of though, is that you are actually fertile before you get your first period. Your period is an indication that ovulation has already taken place. If you do not want to get pregnant again shortly after giving birth, you will have to use some form of contraception - even if you are breastfeeding! 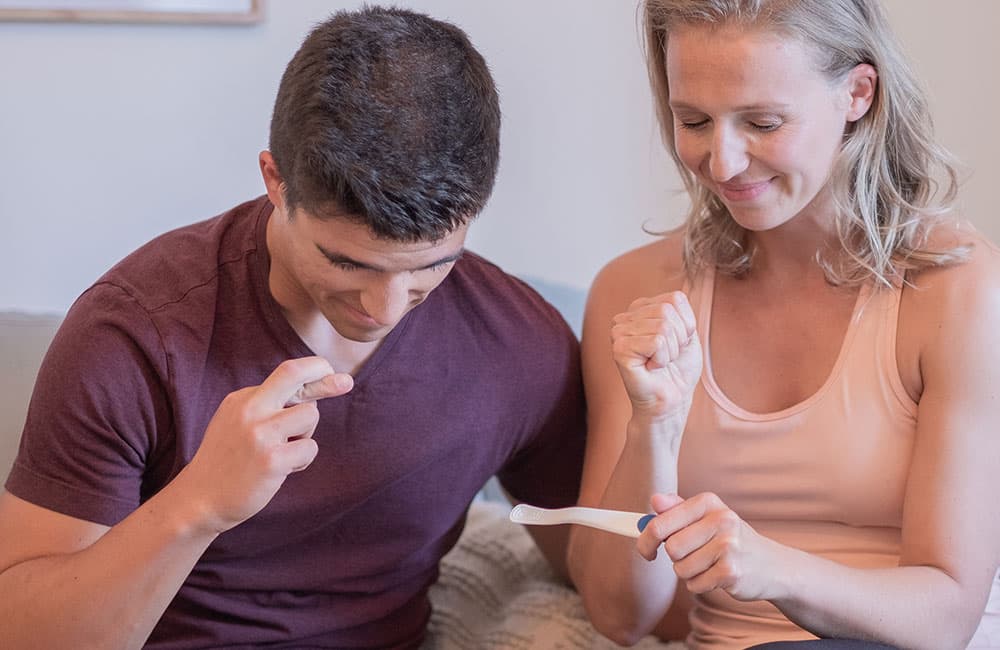 4. You will get pregnant immediately if you stop taking the pill

In principle, you can get pregnant as soon as you stop taking the pill. If you do not want a baby, you should plan an alternative method of contraception before you stop taking the pill. However, for many women their menstrual cycle will be irregular when they stop taking the pill, it takes time for the normal hormone balance to re-establish itself and for ovulation to occur regularly. Ironically this makes it more difficult to plan a pregnancy because you don’t know when your fertile window is. Women are usually advised to stop hormonal contraception a few months before actively trying to get pregnant, to give their body time to return to its natural cycle.

5. Having an orgasm can help you get pregnant

Sex without an orgasm is probably nothing unusual for many women. Research has shown that typically only 65% of women climax during sexual intercourse. Having an orgasm does not mean that you will get pregnant but there does seem to be some evidence that they could help if you are trying. Moisture in the vagina enables sperm to move more quickly towards the uterus and the contractions of the vagina and the womb during orgasm help propel the sperm towards the egg. So, while it is obviously necessary for a man to orgasm if you want a baby, it is simply a “nice to have” for a woman. ;-)

6. A woman ovulates every month

A menstrual cycle and a period without ovulation? Is that possible? Yes, it is. Just because you had a period does not mean that you ovulated. An anovulatory cycle is a cycle where no egg is released, and a pregnancy is not possible. It is perfectly normal and there are several different reasons why a woman might skip ovulation occasionally. Studies show that most women have one or two months per year where they don’t ovulate, although they probably won’t even notice. The bleeding you experience after an anovulatory cycle is technically not a period, but rather an oestrogen breakthrough bleed caused by low progesterone levels and a build-up in the lining of the uterus. If you were not using femSense to measure and confirm your ovulation you would probably just think your period was irregular that month.

Hearing that smoking is bad for your health is nothing new, but did you know that it also has a negative effect on fertility? The chemicals found in tobacco, and inhaled while smoking, reach the ovaries where they can negatively influence the development of eggs, the maturation of follicles and the formation of hormones.

Smoking has also been shown to reduce blood flow to the uterus, which can lead to diminished fertility. How early in her life a woman starts smoking and how many she smokes a day also makes a difference to the impact on her fertility. Unfortunately, even passive smoking has a negative effect on your fertility - whether it’s a parent who smoked, smoking at work, or your partner smoking a cigarette beside you.

8. You can’t get pregnant when you are having your period

“You don’t have to use contraception when you are having your period because you can’t get pregnant then.“ If someone tries to convince you that this is true, don’t believe them! It’s not easy to get pregnant when you are menstruating, it doesn’t happen very often and it depends on many factors, but it’s not impossible.

If a woman ovulates shortly after her period, there may still be sperm in her uterus – remember sperm can survive for up to 72 hours after ejaculation. This would mean that there are sperm still alive and waiting to fertilize the freshly released egg. 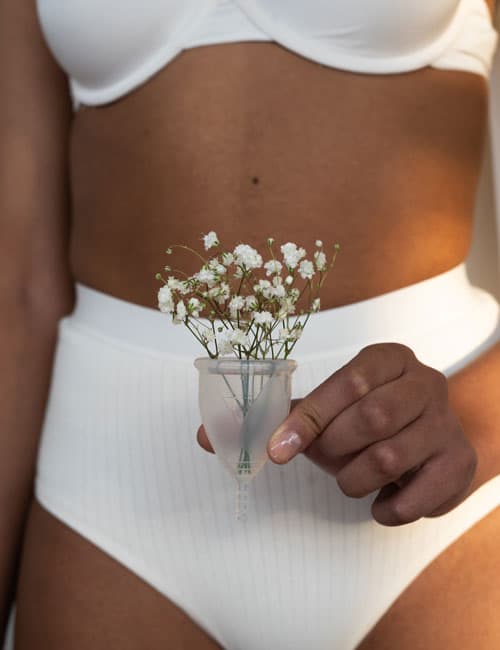