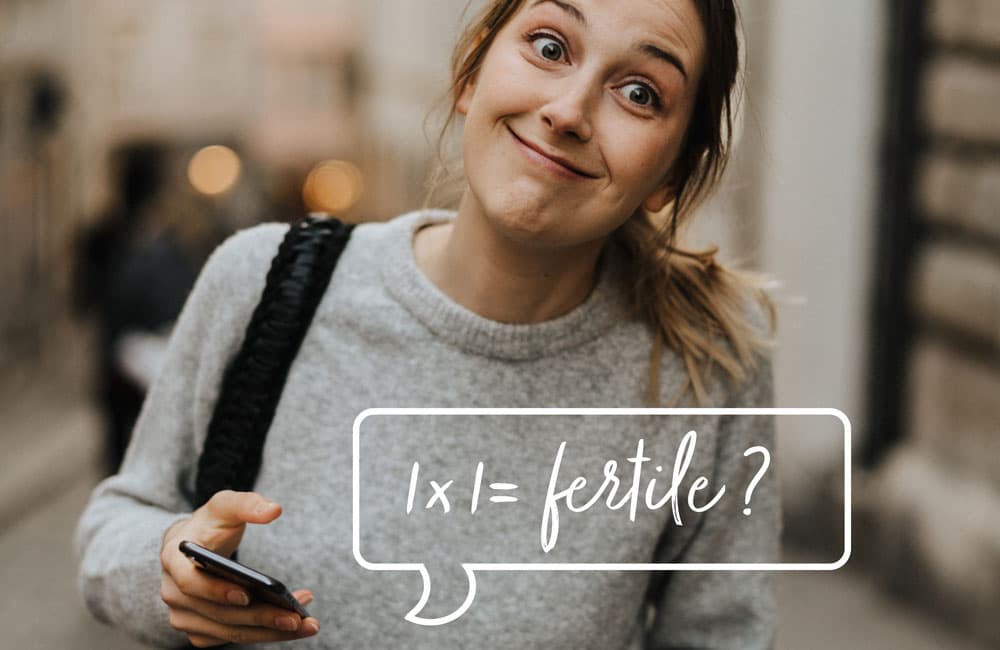 There really does seem to be an app for everything these days. Some are without doubt very useful and you wonder how you managed without them; others just take up space on your phone. Period or Cycle Tracker apps are also becoming increasingly popular as a digital alternative to the classic menstrual calendar. The system is almost always the same: you enter the average length of your cycle and the first day of your last period and the app can calculate your most fertile days – for the current cycle and all subsequent ones. You can plan a pregnancy so easily! But how well do these algorithms actually work?

Calculate your fertile window easily and exactly using an algorithm

Unfortunately, we have to disappoint you right away. As usual, if it sounds too good to be true it probably is. Most of these apps are not reliable enough for an exact prediction. The problem lies in the still widespread myth that every woman’s cycle is the same. While the hormonal cycle might be the same for almost every woman, the variations in the length of the cycle, the day of ovulation and the fertile window varies, not only from woman to woman but also sometimes from cycle to cycle for each individual woman. In healthy women the cycle length can even vary between 25 and 35 days. So “ovulation always on day 14” is rarely true and vastly over simplified.

Most cycle tracker apps or ovulation calculators work on a solely statistical basis. They use average values taken from past cycles or data from other users in order to calculate your fertile days. This means: if your cycle is unexpectedly prolonged or shortened, the app can no longer calculate your fertile days correctly. That means using these apps as a form of contraception if you don´t want to get pregnant can be very risky. The apps are a very useful guide, but another form of contraception should be used if an unplanned pregnancy is to be avoided.

However, cycle tracker apps like ours are a great way to record your period and get to know your body better, they can be a useful tool for planning ahead and keeping an eye on PMS symptoms. As a preparation for pregnancy they can be used to see just how regular your cycle actually is and approximately when you ovulate.

Apps in combination with other fertility awareness methods

The good news for women who love technology and who are ready to start planning a pregnancy, is that there are apps available which use additional technology to make them more precise and more reliable. These apps work on the basis of the so called “Sympto-Thermal Method” also known as “Natural Family Planning”. The Sympto-Thermal Method is scientifically, natural Fertility Awareness Based Method(FABM) of family planning that makes use of a woman’s observations of her cervical fluid, basal body temperature (lowest temperature while sleeping) and other biological signs (e.g., changes in the cervix and cervical fluid) in order to identify her most fertile days. This allows you to re-evaluate each cycle based on specific physical changes - no matter how short or long it is. The most important thing is to keep a temperature curve by measuring your waking temperature every morning and pay attention to other fertility signals such as the cervical mucus or the cervix. Around ovulation the body temperature rises slightly and only falls again when your period starts - unless you get pregnant. Some apps already offer an option to enter your temperature for a more exact prediction.

There is however one big “but”: measuring and entering data requires consistency. You also have to practice interpreting the curve. Alcohol, insomnia, waking several times during the night to sooth a toddler, shift work, illness or an irregular lifestyle can influence your temperature and make an evaluation impossible. For many women, this method is therefore too complicated, too time consuming and too impractical.

Why ovulation detection with femSense is so unique

femSense was developed exactly for these women. Based on the well-known temperature method, it combines the advantages and practicality of an app with the accuracy of the most up-to-date technology in temperature sensors – you don´t even need a thermometer. All you have to do is apply a new femSense Kinderwunsch patch, when the app tells you it is time, and let femSense get on with the work of measuring and interpreting temperature curves. The app guides you every step of the way and the patch can accurately detect ovulation. Getting pregnant has never been so easy! The app can be used without the patches as a “normal” cycle tracker or in preparation for pregnancy and you can upgrade at any time to the Kinderwunsch ovulation detection function.

In a nutshell, it is always a good idea to track your cycle - not just when you want to have children. However, it is not always advisable to rely solely on an app. Get to know your own body, learn a little bit about the biology of making babies and when the time is right for you – Good Luck!

Social distancing – how to use your extra time (re)productively.

Have you got cabin fever yet? Is the 'Corona Holiday' starting to get old now? The bathrooms have been scrubbed, the fridge is sparkling, the wardrobe has been ruthlessly cleared out and all this Netflix is leaving you square eyed! It is definitely time to put a positive spin on Lockdown and to use your time productively.

Nutrition while trying to conceive – what to watch out for!

Eating healthily is of course hugely important in everyday life but it becomes even more important when you are planning a pregnancy. Certain nutrients can have a positive effect on your fertility - and that of your partner! 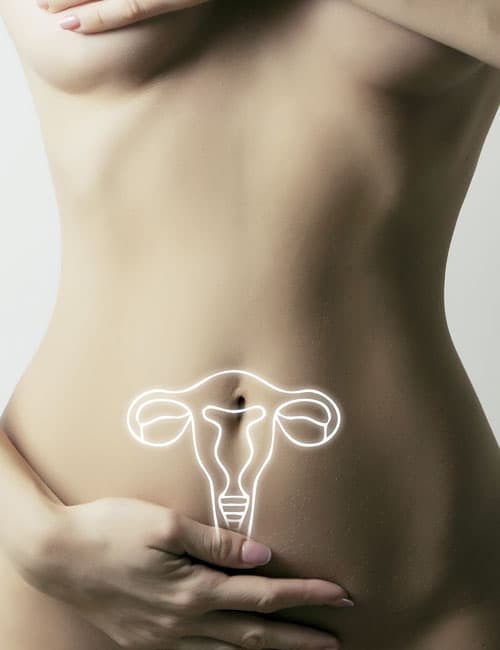 Let’s get down to femSense basics. OVULATION. What is it? What happens at ovulation and why is it so important if you want to get pregnant?